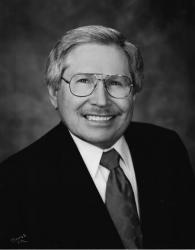 Gary courageously fought cancer, of which there was no cure, for the last two years. In the end, he accepted that he was out of medical options, but he was never out of hope. He was born in El Campo, Texas on August 16, 1941 to Rudolph and Anna (Michaelsen) Skalicky. He has lived in Ganado, Texas since he was about five years old.

He graduated from Ganado High School in 1960. He began his lifelong career of farming rice and ranching from 1960 thru the present. He always said he studied at the Rice Field University of Rudolph Skalicky. He learned about hard work, determination, and perseverance, he learned to respect the land and had many pets and show animals

.     Gary met and married the love of his life Nelwyn Wilson on June 27, 1964, they made their home in Ganado, and after eleven years of marriage, they welcomed their son, Michael Wayne Skalicky.

Gary is survived by his wife, Nelwyn Wilson Skalicky and his son Michael Wayne Skalicky, daughter-in-law, Kristin Skalicky, and two granddaughters, Mikaela and Kamryn Skalicky all of Ganado.

The family would like to extend a special thank you to the medical staff for their loving care and going above and beyond for Gary.