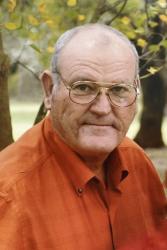 He was born in Pasadena, Texas on February 16, 1953, to the late Henry Franklin Teer and Ruby Christine Boykin.

Terry was a retired Gas Pipeline Inspector. He was a loving husband, father, brother-in-law, and friend.

Terry loved all aspects of life. In his younger days, he loved hunting, coaching baseball, camping in Garner, and pitching horseshoes. Later in life, his passion for golf took over and he could be found at his beloved Edna Country Club.

In the evenings he enjoyed sitting in his chair on the patio smoking a cigar, drinking a Miller Lite, and listening to his much-loved Houston Astros, Dallas Cowboys, Edna Cowboys, or the Texas Longhorns.     His true passion in life was picking on his nieces and nephews and their kids.     Terry’s love and willingness to help others will be his family and friend’s greatest memory. He will be dearly missed.

He is preceded in death by his parents; son, Eric Teer; sister-in-law Debbie Kuchler; and nephew Casey Wells.

Honorary Pallbearers are friends and members of the Edna Country Club. Visitation was held on Tuesday, April 6, 2021, from 5:00 pm to 7:00 pm in the Oaklawn Funeral Home Chapel in Edna.

Memorial contributions may be made in Terry’s name to the Edna Country Club, P.O. Box 563, Edna, Texas 77957 or to the Donor’s Choice.

Arrangements were under the direction of Oaklawn Funeral Home in Edna. 361-782-2221. www.oaklawnfhednatx.com