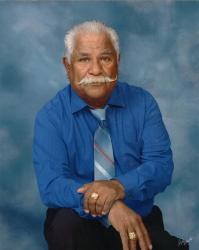 He was born on January 18, 1948 in Ganado, TX to Leonardo and Carmelia Herrera.

He was a retired mobile instrument tech. He was also a member of Our Lady of Good Counsel Catholic Church.

He was preceded in death by his brother, John Robert Herrera.

Arrangements were under the direction of Ramirez-Salinas Funeral Home.