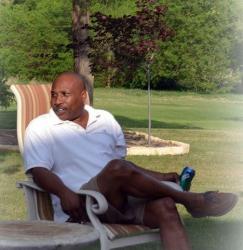 He was born in Ganado, Texas on August 13, 1963, to the late Bennie Washington and Dollie Prince.

Patrick was a loving husband, father, grandfather, brother, cousin, nephew and friend. Patrick was an active and beloved member of the community; he influenced and affected the lives of so many. He enjoyed serving the residents and county by volunteering countless hours of his time, energy and ideas to help make an impact. Patrick’s love of sports was conveyed through the time he dedicated to coaching and mentoring the youth.

His love for his wife and family will live on through the hearts of his grandchildren he cherished so much. His contagious smile will forever be missed but not forgotten.

He is preceded in death by his parents; and brother Bennie Washington.