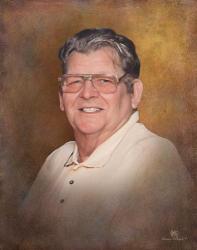 Dennis worked at Southwestern Bell in the Corpus Christi area before moving to Alcoa where he worked in the pot rooms and as a painter before he retired from Alcoa. Dennis also served many years as a member of the Lolita Volunteer Fire Department. He will be truly missed by his daughters, grandchildren, great-grandchildren, great-great grandchildren, godchildren, nieces, and friends (He never met a stranger).