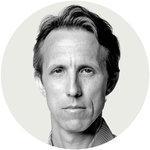 The city of Edna gained the attention of New York Times reporter, Michael Corkery, and resulted in a visit to the city and subsequent article in that newspaper.

Corkery, a business reporter for the NY Times, said he had set alerts on his computer for certain keywords which includes Walmart. He received an alert for an article written by Edna pastor Andrew Schroer written right after Walmart announced its closing in 2018. He reached out to Schroer and former Edna mayor Joe Hermes and following several communications between them, ended up traveling to Edna to get the story on how the closing affected the community and how it was doing now.

“I actually waited on purpose for time to pass because I wanted to see what would happen [to the town],” Corkery said. “It became more interesting to write. I had a former colleague who works for the Wall Street Journal tweet, “this is not the Walmart story you expect.”

“I love this kind of reporting trip,” he said. “I didn’t know that much about the community and that part of Texas. I had a good feeling about it and thought it would be a good story. People were so outgoing and friendly. They were eager and anxious to speak with me, proud of where they live.”

The article named “The Town That Lost Its Walmart” was featured on the front page of the NY Times on Christmas Day. Corkery said you never know about Christmas Day stories because people are often busy with family and don’t take the time to read the newspaper.

“It’s been very widely read online,” he said. “I got a lot of feedback from readers. Some of the comments (there were 707 of them) were touching about how they connected with the people in Edna.”

The comments ranged from the readers’ love or hate of Walmart and disbelief of the number of churches in the community, to commending the residents for their resilience, with a smattering of political rhetoric thrown in.

Corkery painted a positive picture of Edna and its residents and said he enjoyed writing the story.

“I knew it would be a good story, but it was a lot of fun because it was more uplifting than I thought it would be.

“I really appreciate the people who were willing to spend time with me and open up about life in Edna,” he said. “It gave me a great picture of the place. It was great and the time was upbeat for a change.”