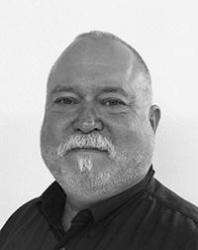 By John Meng, Managing Editor    Voting is at the very heart of our republic. A vote sends a direct message to the government about how a citizen wants to be governed. And yet, of the approximately 10,000 registered voters in Jackson County, only about 50 percent will cast their vote on Nov. 3.

That projection is just a little less than the national turnout. In the previous five presidential elections over the past 20 years, we’ve averaged a 55.34 percent voter turnout.

The media always focuses on the national races. That’s all we ever hear about. But the truth is that local governments are where most of our focus should be. Yes, the media headlines and high-profile television debates attract us like moths to a flame. But the decisions that affect our lives the most are often those made by our state and local officials.

That means that the people we elect to serve in city, county and state offices, as well as school boards, and the staff they hire have a significant impact on our daily lives. They determine our property tax rates, our building codes, drug enforcement policies, courts and corrections, numerous gun laws, and even which school books are used to educate (or some cases indoctrinate) our children in our schools.

For example, Louisiana fourth-grader Ka Mauri Harrison was recently suspended for six days because there was a BB gun visible in his room during a remote learning session. The Jefferson Parish school board (locally elected) decided to treat this as if the boy violated school policy by bringing a gun to school.

Thankfully, Louisiana Attorney General Jeff Landry said he was “alarmed by what appears to not only be multiple violations of both the State and Federal Constitutions, but also blatant government overreach by the school system.

“For anyone to conclude that a student’s home is now school property because of connectivity through video conferencing is absurd,” said Landry.

A little closer to home, after recent riots swept the nation, burned cites, destroyed livelihoods, and murdered citizens, locally elected city council members in Austin have voted to defund the police department and hired a Marxist as a campaign advisor.

Speaking for Flannigan’s campaign, Aronowitz has said that Flannigan’s opponent is “one of the most toxic reactionaries in our city.” That “toxic reactionary,” whom Aronowitz has also called a “Nazi,” is Mackenzie Kelly, a native Austinite who supports lower property taxes, law enforcement, and transparency between government officials and the citizens.

One more example. On Sept. 14, the Texas State Board of Education tentatively approved new standards for public schools across the state. A 15-person committee of teachers and historians recommended the removal of references to Moses as an influence on “American founding documents” and the importance of the “Judeo-Christian legal tradition” to America's founding. Luckily, the State Board rejected both proposals.

The committee also attempted to change the way Texas students learn about the Alamo. They suggested removing a letter written by William B. Travis to the “People of Texas & All Americans in the World” during the siege's final days and removing a line referencing the “heroic defenders” of the Alamo. It was only from immense public pressure by Gov. Gregg Abbott and U.S. Sen. Ted Cruz that eventually compelled the board to leave the lines in the curriculum.

The State Board did, however, approve a curriculum change that would teach slavery was “the central role” in causing the Civil War. In the current curriculum, approved in 2010, slavery is listed as one of several causes of the Civil War, after sectionalism and states’ rights.

These are just a few examples of how locally elected officials in our schools, cities and states impact our lives.

Our local officials and their hires have far more impact on our lives and how we raise our children, but most of their efforts go unnoticed. When was the last time you went to a school board meeting? A city council meeting?  I attend these meetings because it’s my job, and I’m often the only one in the audience.

So, before Election Day, please do your research. Ask questions. Find out where your local candidates stand on issues that are important to you and your family. Make an educated decision when you vote.

Thinking local and voting local may not be as exciting as the Federal elections, but we must always fight for what’s in important to us and Jackson County is our home.